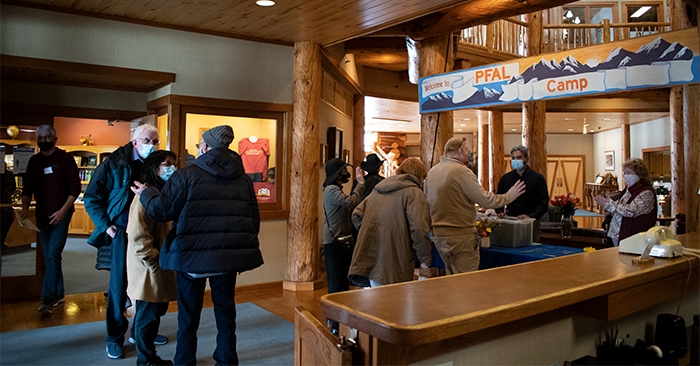 In March of 2021, Camp Gunnison—The Way Household Ranch hosted a Power for Abundant Living Camp. This camp presented the original 1967 class on Power for Abundant Living (PFAL), which was taught by the Founding President of The Way International, Dr. Victor Paul Wierwille. Camp participants had a unique opportunity to gain insight into both the history of this class and the man who brought it to life by his teaching.

In October of 1953, Dr. Wierwille taught the first PFAL class in the basement of St. Peter’s Church in Van Wert, Ohio, with no charts, books, or syllabuses—just the Bible and a chalkboard.

Fourteen years later in December of 1967, the filming of the PFAL Foundational Class was completed. At the time, it was said to be the greatest project that The Way had ever undertaken, with about forty individuals involved in production, approximately seven hundred man hours dedicated to making over one hundred and seventy charts, and the shooting of over seventy thousand feet (equating to thirty-two hours) of film, and all under seven thousand watts of concentrated light, which was necessary at that time to get good color in the film. Many people in the film industry considered it unbelievable that the project was completed in just over two weeks.

Dr. Wierwille understood the importance of this filming project. The PFAL class on film made the Word available in a systematic framework so that individuals could live a life that is more than abundant. In a 1975 Way Magazine article, he wrote the following:

“The foundational class on Power for Abundant Living is the greatest blessing to anybody who really wants to know God’s Will and the power of God’s Word in his life….

…In all of my years of research and teaching, in all of the hundreds of combined years of investigation and study done by our ‘top’ research staff in the holy spirit field, we have not found a more vital elucidation of God and His Word; we have not found a more effective way of teaching people how to tap the resources of God and to live a life that is more than abundant from every point of view—spiritual, mental and physical. There is simply nothing better than this class on Power for Abundant Living.”

Since this original filming, The Way Ministry has produced many classes, and the Foundational Class has grown and taken on different forms to meet the needs of new generations. The focus of these classes has always been on helping those who desire a genuine, in-depth understanding of the Word of God. Students were very blessed to see where it all started or to revisit this original PFAL class, which represents a monumental step in The Way Ministry’s history. Enjoy photos of this Camp Gunnison event and quotes from the campers! 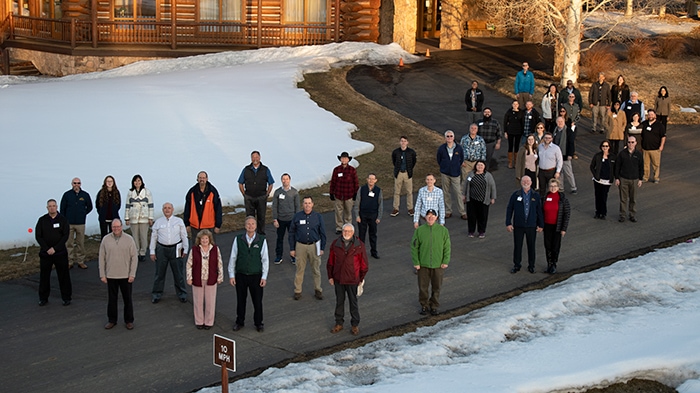 Participants of all ages and from many parts of the United States came to Camp Gunnison to receive God’s Word presented in the Power for Abundant Living Camp. Campers had lots of time to share their hearts with one another, discuss their learning, develop new friendships, and strengthen seasoned ones, building like-minded unity in the Body of Christ. 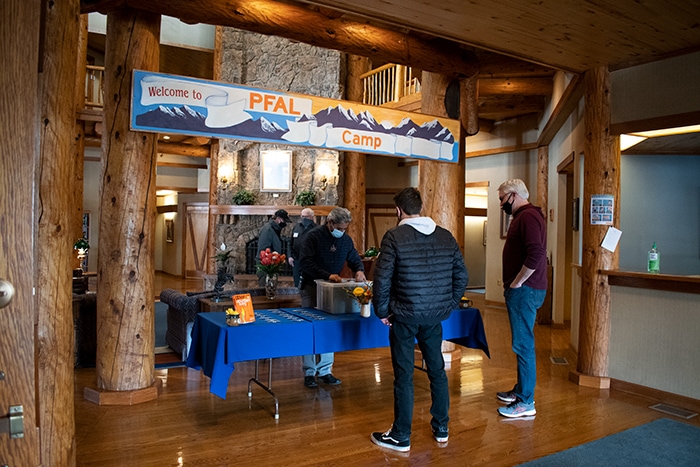 The campers all arrived with great believing expectations. The first afternoon was spent settling into their housing and enjoying fellowship with one another. 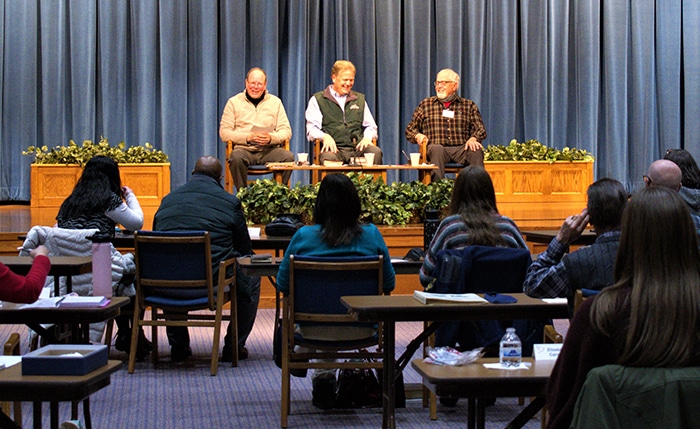 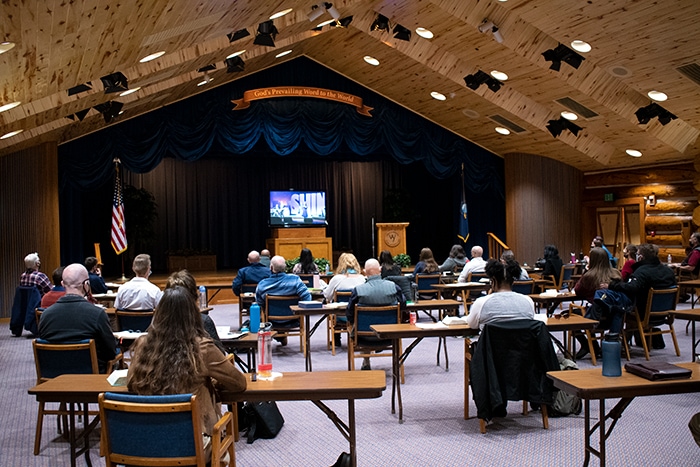 On the first Sunday of the camp, the campers participated in a livestream of the Sunday Teaching Service. They were pleasantly surprised when they saw their own faces on the screen, as a video of the PFAL campers was presented during the service. Then they soaked up the “main course” of the service—God’s Word masterfully taught. 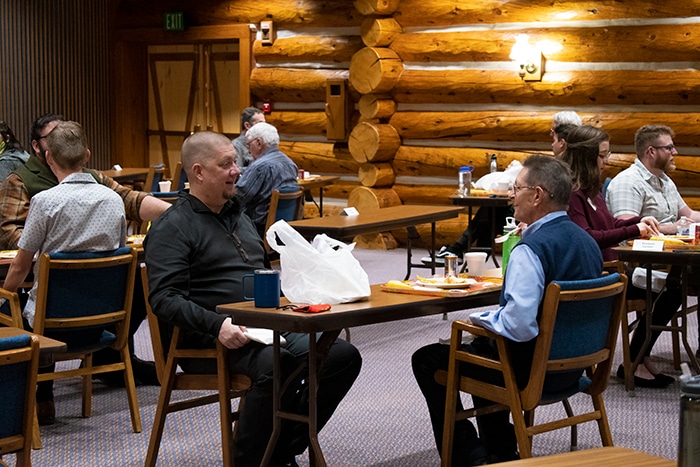 The campers broke bread together each day in The Household Commons Auditorium, where they also received the class sessions. This was a sweet time to enjoy physical nourishment as they discussed the spiritual nourishment they had just received. 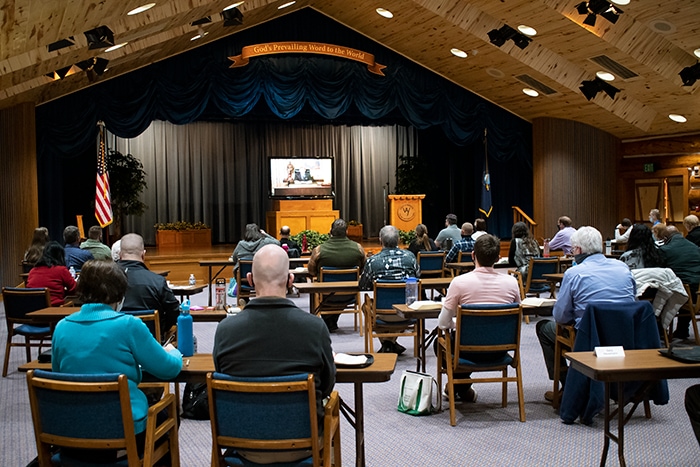 The camp schedule was packed full of God’s Word, as a typical day for the campers included three class sessions. Although they received an abundance of the Word during the camp, they also had an opportunity to release their learning in the closing fellowship, as they shared the blessings and learning God provided during their stay. During this fellowship, Rev. Sewell introduced the Camp Gunnison Staff and support Staff, who were often working heartily behind the scenes during the event. 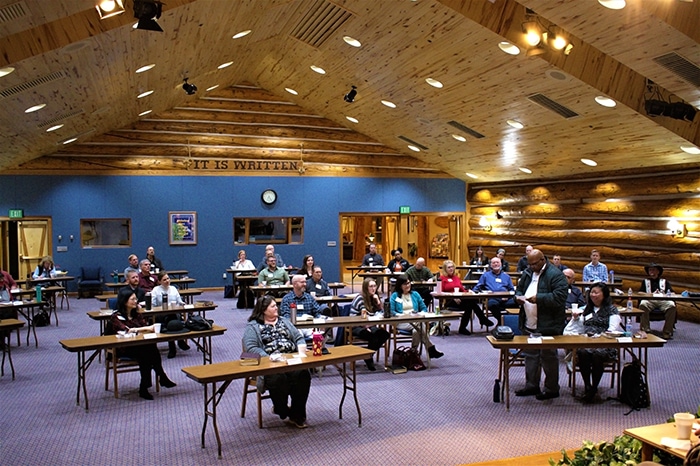 “What an environment to be in to take the PFAL class! Camp Gunnison is such a peaceful, beautiful, loving place, truly conducive to receive the greatness of the Word of God being taught in the class. The cabins are beautiful and feel like home, the meals are scrumptious, and the fellowship incredible. The Staff makes it so easy to just focus on the Word of God being taught.” 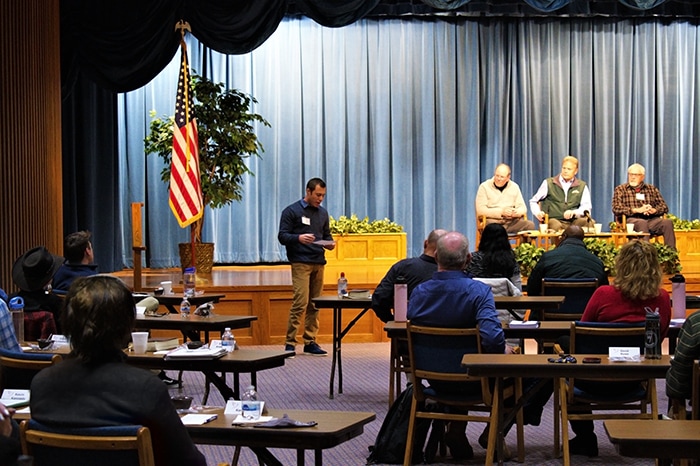 “This class/camp has absolutely exceeded all my expectations. It is even more informative and on-target concerning present-day situations than I had remembered. The teaching in the class has been well received by all those involved in the camp and was taught well and met the needs of all the campers, regardless of background, degree of ministry involvement, or age.” 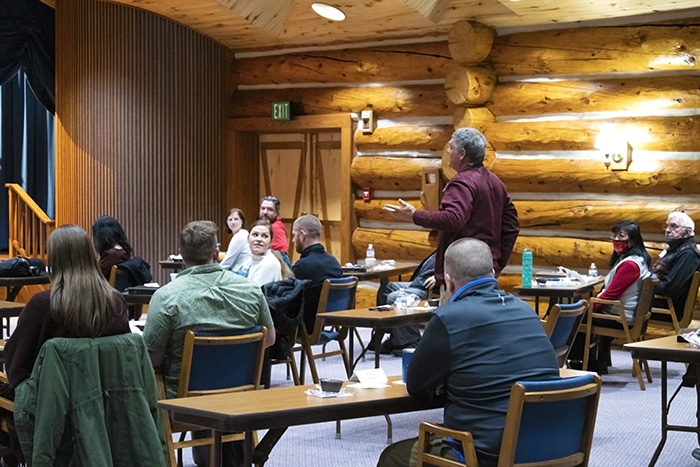 “‘The Word, the Word, the Word and nothing but the Word’ is resounding in my heart as a great clarion call, reminding me once again of the importance of holding high the integrity and accuracy of God’s Word. PFAL is truly an Ephesians 3:20 event.” 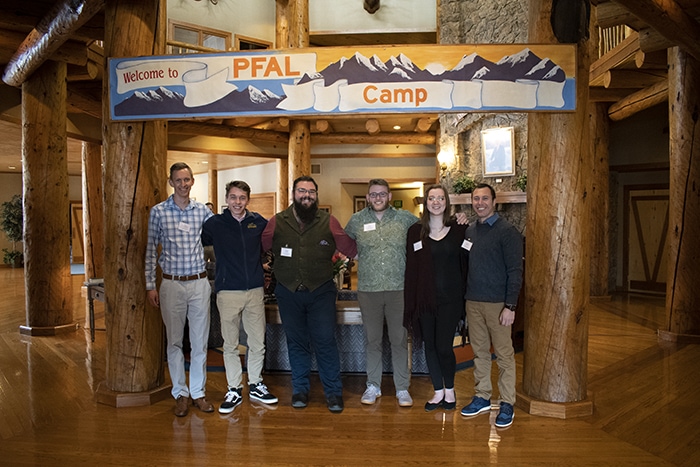 This PFAL Camp was a unique and refreshing experience for the attendees. The Word taught, the history of the ministry displayed, and the beautiful Camp Gunnison environment made for a powerful and peaceful time together. If you would like to visit this great Christian camp, visit our Camp Gunnison page to learn more about what is available.